We are laying low this weekend after a really insane couple of weeks.  I apologize for leaving you all hanging for so long on the kitchen reveal.  I really didn’t mean to.  We got everything pretty much done the day before my parents came to visit over Memorial Day weekend and then from there it’s been one crazy week after another in terms of work, travel, etc.  Throw in the fact that Mark’s computer bit the dust so he’s been using mine for schoolwork and well, there you have it.  Again, I apologize.  So we’re pretty much trying to stay off the grid this weekend and allow ourselves the chance to catch our breath and re-group.  But I am thrilled that the downtime is allowing me to finally share with you the kitchen reveal!

So as you may have guessed, the kitchen is *basically* complete.  We still need to install  a backsplash, but pretty much everything else is done and I could not be happier with how it all came out.  What do you think?

I did my best with the photos.  The room is so small and it doesn’t get the best light, but I am in love how it looks and the functionality.   It’s exactly what I wanted and I am very happy with all of my choices.  But since you asked (you did ask right, Internets?), here are a few random thoughts on everything.  There’s no real order to this so we’re going bullets. 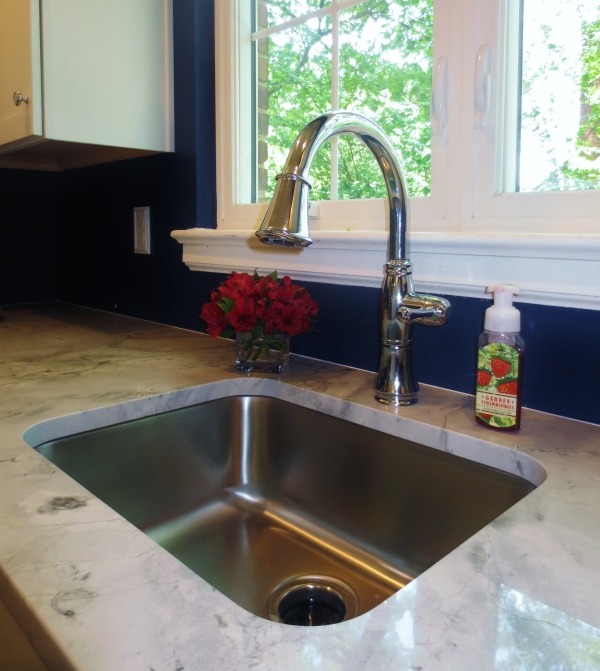 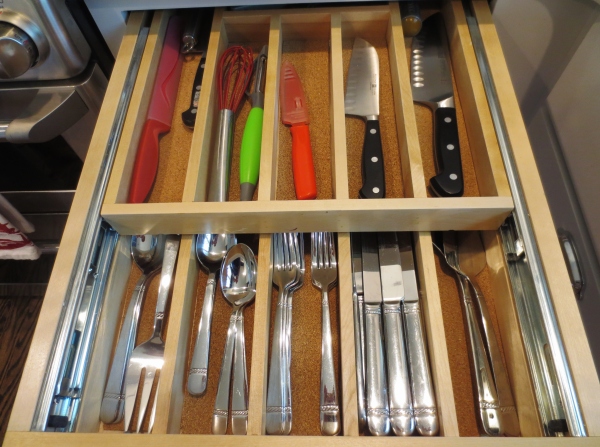 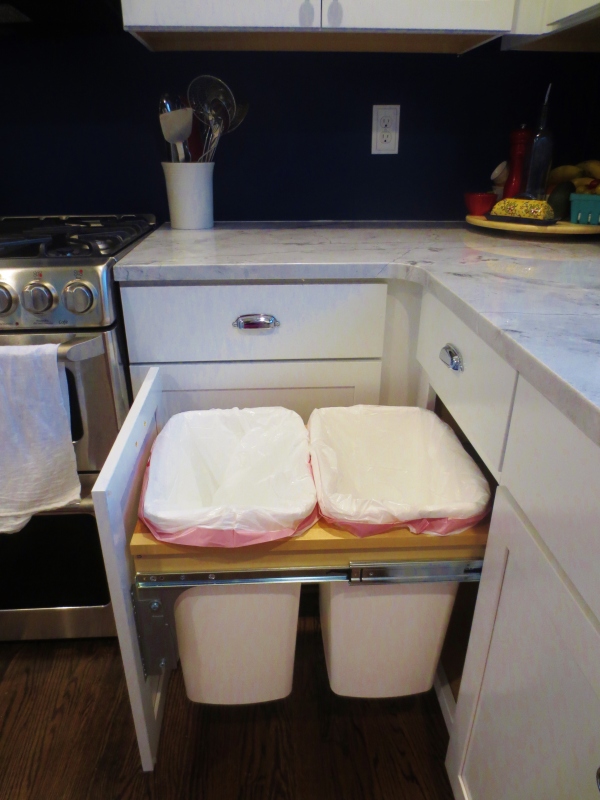 So that’s the big reveal.  We have decided on a backsplash, but I don’t think we’ll have time to tackle that project anytime soon.  Maybe over the winter?  We would also like to add some open shelves on the wall above the counter in the photo above at some point. It just seems that our schedules aren’t allowing for much DIY these days.

But fear not, we have made some changes/progress in our master bedroom and I look forward to sharing those with you soon.  In the meantime, have a wonderful holiday weekend!